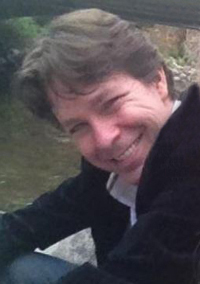 I recently put a post online about a former NY Times bestselling book agent (Mark Malatesta). He’s got a great new website for authors called Literary Agent Undercover. But I didn’t tell you about his background.

You’re going to love this…

Other publishers Mark has secured contracts with include Simon & Schuster, St. Martin’s, Hyperion, Prentice-Hall, Workman, Andrews-McMeel, Entrepreneur, Barron’s, Amacom, and many more… resulting in millions of books being sold, as well as works being picked up for TV, stage, and feature film (with companies like Paramount Pictures and DreamWorks). Authors that Mark Malatesta has worked with have gotten 6-figure advances, been on the NY Times bestseller list, been licensed in more than 30 countries, and won countless national and international awards and honors.

Mark is also a former member of the Association of Authors’ Representatives (AAR). Less than one third of all active publishing agents are members, because you have to qualify to apply. Mark also spent several years as Marketing & Licensing Manager of Blue Mountain Arts (the book and gift publisher that invented e-greetings, and then sold their e-card division for close to $1 billion at the height of the dot com bubble). Mark has been invited to write feature articles for publications like The Guide to Literary Agents, a column for WritersDigest.com, and he’s delivered keynote addresses and seminars at some of the most prominent writers’ conferences in the United States and abroad.

If you haven’t already done so, check out his website at Literary Agent Undercover.