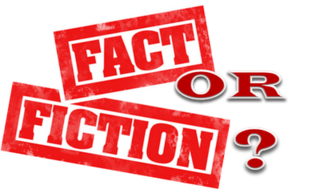 Putting the REAL in Reality TV
Could something like the events depicted in 24/7 actually happen? Consider this...

Their kissing intensified. Maybe it was the alcohol or maybe it was the naughty thrill of knowing they were being watched? The eroticism of living in a house with hollow walls, with photographers and producers looking through two-way mirrors and cameras everywhere.

The knife was on the counter.

Passions grew like a storm whipped tide. Each kiss hotter than the one before. Each touch more exciting.

The knife was in his hand.

Whatever the catalyst, emotions were rising. The mechanical whine of hidden technology sang a cicada chorus in the background.

The knife was at her throat.

He pressed the blade, pressing against her beautiful, flawless skin. His words were whispered but audible through the mandatory microphone he wore.

"Would you get mad if I just killed you?"

Nope, that bit of narrative is based on a real event that occurred in the summer of 2001 several months after I wrote this book. The show was Big Brother 2, the network CBS, the contestant a twenty-six year old man who had passed all of the requisite psychological tests. He was subsequently kicked off the program. And the incident, although acknowledged, was never televised.

But had they been near one of the continuously live Internet cameras, you would have seen it all - even if the worst had occurred.

Could something like the events depicted in 24/7 actually happen?
According to many experts it not only could happen but will happen. The growing number of programs and advances in technology all but guarantee it.

In many respects, the danger is the only real thing about reality TV. Producer Mark Burnett says, without hesitation, that despite safety precautions someone absolutely could die on his show Survivor.

And if it happens will you watch? As a broadcast journalist I've been exposed to the best and worst of humanity. More of the latter than the former, unfortunately. And I've become intrigued by psychological and sociological questions. It was three such questions that compelled me to write 24/7.

First, as the situation on Big Brother 2 proves, people are unpredictable, psychological tests unreliable, and background checks unbelievable. In the case of CBS, a background check failed to reveal that the contestant with the knife had been arrested five times for robbery and assault, the charges later dropped. So what happens when we mistakenly put a Ted Bundy or a Jeffrey Dahmer into a televised pressure cooker and say "show time?"

Second, the fact that reality television will continue to become increasingly outrageous. It has to stay viable. After all, how can producers shock an audience that's watched the twin towers crumble?

And third, the intriguing psychological and social implications of socialized voyeurism.

Would you vote for someone to die on television? Of course not. But how about this, would you vote for someone to die if it would save your mother's life? Or your brother's? Or your third cousin on your father's side? How about your best friend from high school? Or that really cute co-worker whose name you don't know but you pass in the hall every day?

Where's the line and when do you cross it?

Why are we so fascinated by reality TV? The truth is voyeurism is hard wired into us. You learned to walk and talk, and many of your social skills, by watching others.

Reality TV is not a new phenomenon. It's been around for years with shows like The Real World, America's Funniest Videos, and Cops. It just didn't have a name until recently.

In 1973 PBS aired An American Family. For seven months cameras followed the day to day lives of the Loud family. No games, no voting, no million dollar prize. Just people, doing what people do. The result was a riveting documentary during which viewers saw a marriage dissolve and a son reveal his sexuality.

Some argue that reality TV actually started on radio with a program called Candid Microphone which moved to TV in 1948 changing its name to Candid Camera.

And how about this for a reality show? Take two competing groups (sort of like tribes on Survivor) but instead of seeing who can eat the most disgusting thing or stand on a post the longest we let them bash each other -- really go at it. And we show the whole thing live. When I made this pitch to a group of fellow journalists they assured me such a program would never make it on network TV. I told them it already had. It's called Monday Night Football.

So if reality TV has been around so long what's the big deal?

The difference is technology.

When I starting working in broadcasting I carried an RCA-TK 76 camera on one shoulder, a tape deck strapped to the other, powered by a three-inch wide, two-inch thick power belt, with a separate, larger belt for my light. In total, it was about seventy-five pounds of equipment.

Now cameras are small enough to take a tour of your intestinal tract.

But by far the greatest advancement (and danger) is the ability to go live.

In the fifties, going live from anywhere other than the studio was all but impossible. Now your local news team can go live from your living room within fifteen minutes of arriving. As an anchor and news director, I frequently took the entire five o'clock show on the road (news, sports, and weather) broadcasting the whole program from schools, festivals, the YMCA, even the cardiac wing of a local hospital. And that was with a microwave truck which requires line of sight with the transmitter to work.

Satellite trucks, which bounce the signal off orbiting satellites, allow you to broadcast live from almost anywhere in the world.

This makes news the ultimate reality show. Remember being glued to the screen watching O.J. Simpson lead the LAPD on the world's slowest chase? Would he kill himself or wouldn't he? Now that's reality TV.

When you watch Survivor you see a program that has been shot and edited so you see only what the producers want you to see.

But a live program means no censor.

Anything can happen -- particularly if the program is designed to push the contestants psychological and emotional buttons in search of their fear factor.

Television and computers have had a flirting relationship for years. But soon they will be married. Then along comes the Internet making it a technological menage-a-trois. Put a reality show on cable and you get nudity. Put it on the Internet with TV quality and you get - well, everything.

Even now efforts are underway to show criminal executions on the web.

Television in general and cameras in particular have become such a part of our lives that they effect our language, shape our politics, even dictate our schedule (just look at the empty streets on Super-Bowl Sunday).

Early in my career I worked for News 24 in Macon, Georgia. To encourage people to remember the channel number, each newscast ended with random shots of real people in parks or schools or malls, smiling at the camera and displaying two fingers on one hand and four on the other - twenty-four. It was fun. Kids and adults alike seemed to love it. And even if you weren't in the video, you watched to see if someone you knew was.

Early one morning there was a particularly vicious murder in a quiet, residential neighborhood. A man coldly executed his in-laws then sat on the curb to wait for police.

His eyes were distant and glassy with no apparent attachment to the real world. As he was being driven away in the back of a police car he saw our camera. His face lit up. The glassy eyed stare was replaced by an excited smile and then, as if it were the most natural thing in the world, he held up his shackled hands and gave the camera a big twenty-four.

You were on camera this morning when you went to the ATM, again when you stopped at the convenience store for a soda, there was a camera at the traffic light looking for speeders, and another at work for security reasons. And let's not forget the satellites -- those hurling hunks of metal than can read the brand name off running shoes, spot your dog digging up the flower bed, and even get a peek at that cute sun bathing neighbor.

Our children grow up on camera having their first 'ta-da' moment as they slip out of the birth canal, then starring in secretive movies via the all telling, always hidden nanny cam, and all the highlights of their lives videotaped for posterity.

Is there a camera on your computer? Is it on? How would you feel knowing that someone could turn it on from outside your house? They can.

And speaking of technology . . .

What if I told you that you were being watched right now, even as you read these words? That the moment you cracked the spine of this book you unknowingly released hundreds of thousands of nano-bots (microscopic machines) that entered your blood stream via the pores in your hand. Even now those machines are transmitting data to orbiting satellites which feed it to a series of super-computers which correlate everything, from your location and heart rate, to the type of food you eat and the medicine you take. And what if some of those busy little nano-bots attached themselves to an optic nerve and began transmitting images?

Everything you see, they see. Everything they see, I see.

Eerie huh? Don't worry, the technology is not here - yet. But it will be and sooner than you think.

Could something like 24/7 really happen? And if it does, will you watch?

Perhaps the scarier question is the second one.
1 Comments

This is very insightful and thought provoking, and SCARY! But you are right in all your examples. What worries me the most is how scary this is and that we are a society headed in that direction. We seem to have lost the sensitivity to be horrified when another individual gets hurt in any way. That can't be good. Thank you for bringing up this point. So, how do we change the facination with blood and gore, the more the better?? There is a way, but most people don't want to talk about the dreaded word - Religion! I know it's the answer for me. Thanks for the thought provoking blog.