The Possibility of the Impossible 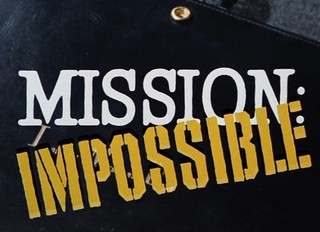 How Does it Happen?
What happens when an intelligent man comes face to face with the impossible? Not the unlikely, not the unbelievable, but the truly brain-numbing, bowel-clenching, what-the-hell-is-that impossible?

As a species, we are defined by the impossible. It is our ability to comprehend the incomprehensible that sets us apart. Still, for most of us, the inconceivable is not an issue. Our day-to-day lives follow a logical, dependable pattern. The sun comes up, the sun goes down; work's a pain in the neck and the boss is a pain in the ass.

But we never come face to face, nose to nose, cheek to fang with the unconditionally impossible.

Perhaps there's a reason. After all, it is the impossible.

As a television anchor and reporter, I'm a professional cynic. I arch a brow at such concepts as UFOs, ESP, and honest CEOs. I'm accustomed to politicians spinning the truth like dough at a pizzeria. And I've learned that absolutely, positively everything--no matter how strange or odd it may first appear (think Marilyn Manson)--can ultimately and completely be explained with science. (He looks that way because he makes a lot of money for it.)

Everything. So is the impossible possible?

The Trouble with the Triangle

Consider this:
On February 4, 1963, a 504-foot tanker named the Marine Sulphur Queen vanished, never to be seen again. There was no distress call, no sign of trouble. In fact, the last radio transmission was between a crewman and his broker discussing wheat futures. Nonetheless the massive tanker vanished--one of two hundred ships to have disappeared in the infamous Bermuda Triangle.

Was it the work of a bizarre weather pattern that just happened to hit one-hundred and ninety-nine other ships? Or were craft and crew snatched by a galaxy-hopping extraterrestrial with a hankering for humans?

How about this? Beneath the surface of the ocean, trapped in sediment, is an extensive layer of gas hydrate--hydrogen gas. When something disturbs it--an earthquake, for example (the ocean floor is the most geologically active place on Earth)--that gas is released. Since hydrogen is lighter than water, it surges to the surface in a rush of bubbles. Heavy objects can't float in low density fluids or, to put it another way, ships can't float in bubbles. Which means a ship caught in such a surge of gas would drop to the bottom like a stone in a pond.

But it's not just ships that have disappeared in the Bermuda Triangle. What about the sky?

On December 5, 1945, five Navy Avenger bombers--six aircraft and twenty-seven men—vanished within the 440,000 square miles that comprise the Bermuda Triangle.

Were they caught in a rip in the fabric of space/time? Or were they swatted from the sky by a spiteful spirit?

Or was it because hydrogen gas is lighter than air?

Once freed from the sediment, hydrogen would rush up through the water and into the sky. Hydrogen, the gas that caused the Hindenburg to explode, is highly flammable. Any plane caught in such an ascending avalanche of gas, which then produces even the smallest of sparks, would explode into flames. Gone in sixty seconds.

How about this? A farmer wakes to find elaborate patterns crushed into his crops.

A message from space or from spirits?

Or the work of two men with a four-foot stake, fifty feet of surveyor’s tape, and a three- foot board with a rope tied to each end for lifting and stomping? Suppose these two men wrap the tape around the stake with one end tied to the board. As they circle the stake, unwrapping the tape as they go, they flatten the crops with the nifty homemade stomping board. This allows them to create an ever-growing, geometrically correct circle. Slight adjustments allow them make variations in the pattern. Add a third man and different size boards and even the most elaborate crop circle can be created in as little as six hours. We know because it’s been done--and videotaped.

But even if everything can be explained with science, that doesn’t mean it’s the right explanation.

Originally such impossible things as comets, earthquakes, and the occasional eclipse were interpreted as the works of gods and demons—explications that today seen silly but were taken quite seriously at the time. And who's to say that a hundred years from now people won't look back at what we now proudly label as science--and snicker?

“...man will occasionally stumble over the truth, but usually manages to pick himself up, walk over or around it, and carry on.”
– Winston Churchill

The naïveté of know-it-alls.

At the end of the nineteenth century many scientists posited that all that could be learned had been learned. This was before air-conditioning, Novocaine, sound broadcasting, vacuum cleaners, and electric razors--all of which were invented between 1900 and 1909.

In 1969, the year we went to the moon and were feeling quite superior, the impossible included such things as personal computers, microwave ovens, Post-It-Notes, VCRs, cell phones, Prozac, and soy milk.

Thomas Watson Sr., the founder of IBM, once said, “I think there is a world market for maybe five computers.”

Five computers? How about a computer in every home? On your wrist? In your car? Computers built into kitchen appliances and children's toys? What would Mr. Watson say about that?

Did you know that, until a few years ago, bumblebees couldn't fly? It's true.

Examined from a purely scientific point of view and using modern aerodynamic theory, it was scientifically impossible for a creature with such a fat, round body and stubby wings to fly.

We knew how birds flew. We knew how planes flew. We even knew how balloons, pterodactyls, and satellites flew. But bumblebees – it couldn't be done. Yet every day flowers were pollinated by these industrious insects with the impossible power.

It wasn't till a neurobiologist examined the problem from a different point of view that the secret was revealed. (It has to do in part with the fact that a bumblebee’s wing does not go up and down like a bird but rather back and forth.) His discovery lead to an entirely new way of looking at aerodynamics.

With that in mind, we have to ask ourselves is the impossible possible?

A quantum leap of a faith.

The bottom line is one and one will always equal two. Everything in creation follows a rigid set of physical laws, everything–except . . .

Except. . . Ah, what a magical word. In those six simple letters lie all the possibilities of the imagination.

Which of the next three statements is false?
1. Light always acts like waves unless you're looking at it; then it acts like particles.
2. A scientist can receive the results of a test before he conducts the experiment.
3. A particle can be in two places at the exact same time.

The answer? As crazy as it seems, all the statements are true. And they’ve been proven in laboratories time and time again.

It's call quantum physics, the study of the smallest things in existence. And it's a counterintuitive, antilogical world where answers come before questions, where things are connected despite tremendous distances, where information can travel from one location to another without passing through the space in between.

And it's the foundation on which all creation is built.

In other words, the impossible is possible.

So what happens when an intelligent man is faced with the impossible?

Or stated another way: what happens when a Michael Crichtonesque scientist finds himself in a Stephen Kingish world?

These are questions I raise (and then answer) in my new novel, Black Valley. I hope you’ll enjoy reading it.
3 Comments

Thank you, Tambra I'm delighted you enjoyed it.